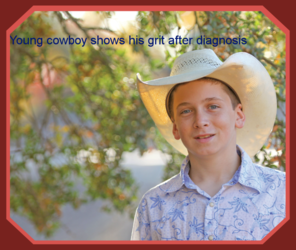 13-year-old Jennings will speak for other children in Washington., D.C.

Paula McCambridge
Equine Enthusiast:
Though more seasoned cowboys are
already famous for their grit and
determination, there's one teenaged
rodeo competitor in Creston, who is
showing how tough even young cowboys
are — both in his life and in his effort to
influence our nation's politicians.
Ryan Jennings, 13, was just 8 years old
when he contracted Lyme Disease from a
tick bite he received during a family hiking
trip. Because he was already predisposed
to type 1 diabetes, Lyme Disease
was the alarm that awakened the sleeping
illness. Though he had been admitted to
the hospital for diagnosis and initial treatment,
he was competing in the rodeo just
two weeks later.
Today, five years after his diagnosis,
Ryan says dealing with his diabetes has
become normal, but managing the disease
isn't enough; he wants a cure. In his
hope of finding one, Ryan will travel to
Washington, D.C. with other children —
all with Type I diabetes — with what is
called children's Congress, a part of the
Juvenile Diabetes Research Foundation,
where children, aged 4 to 17, travel with
the Juveniles Diabetes Research Foundation,
to Washington, D.C. in an effort to
influence decisions of the nation's politicians
deciding whether or not to fund
diabetes research. The children will sit in
on a hearing and also meet in small groups
with their state representatives.
The Jennings found out about the program
from a family friend who encouraged
Ryan to apply. Ryan was selected
from a pool of about 1,500 children to
attend the trip July 8-10.
When asked what he will say to politicians
if he gets a chance, the soft-spoken
teenager answered with conviction.
"It's important to fund the special diabetes
program because it'll change a lot
of people's lives," he said.
The United States Congress created
the Special Diabetes Program in an effort
to advance research at the National Institutes
of Health and to fund treatment, 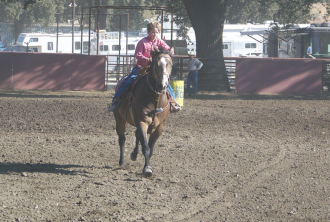 Photo by Cowboys and Monkeys Kate Lane Ryan Jennings, in 2008, competed in this rodeo on his horse, Rambler, just two weeks after being hospitalized and diagnosed with type 1 diabetes.

education and prevention programs for
American Indian and Alaska Native populations,
who are disproportionately affected
by type 2 diabetes.
"Type 1 diabetes is usually diagnosed
in children and young adults, and was
previously known as juvenile diabetes.
In type 1 diabetes, the body does not produce
insulin," according to the American
Diabetes Association website. "Insulin
is a hormone that is needed to convert
sugar, starches and other food into energy
needed for daily life. Only 5 percent of
people with diabetes have this form of the
disease. With the help of insulin therapy
and other treatments, even young children
with type 1 diabetes can learn to manage
their condition and live long, healthy,
happy lives."
When asked how life is different for
him than it used to be, Ryan said he's gotten
used to the changes.
He wears an insulin pump so he can
administer his own insulin if his blood
sugar tests low.
"There's more responsibility — I have
to remember to test my blood sugar. It's
just kind of part of my life now," he said.
"Sometimes I forget — my blood sugar
goes high."
After making that statement, Ryan
looked over at his mom, Lisa, with a
sheepish grin. They've clearly been
through this before.
"We have an agreement that he tests
his blood sugar when he's at school then
he texts me that he's done it," said mom
Lisa Jennings. "One day, he didn't text
me, and I called and called. He didn't
answer, so I drove over to the school and
found him on campus."
When asked if that was embarrassing,
Ryan smiled at his mother then quietly
answered, "I was running and didn't feel
my phone."
Though Lisa tries to impress on her
son the seriousness of having diabetes
and the importance of testing his blood
sugar regularly, she said her family stays
positive.
"Our entire family, extended also,
keeps it positive, this isn't going to hold
him down," Ryan's mom said. "We don't
do all of the babying. He does chores like
everyone else unless he's having a hard
day. We push him pretty hard to keep life
normal."
Ryan's normal life includes competing
regularly in rodeo events — he likes team
roping best and he likes it on his favorite
horse, Donkey. He's in the junior high
division of the California High School

Photos by Cowboys and Monkeys Kate Lane. Ryan Jennings, 13, competes in a roping event at the rodeo in Clovis. The young teen was diagnosed with type 1 diabetes when he was 8 years old. 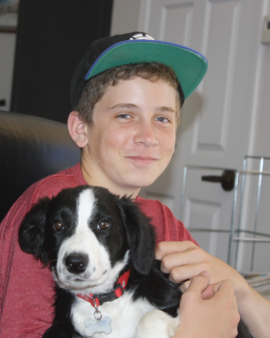 Photo by Paula McCambridge/Equine Enthusiast. Ryan Jennings, 13, of Creston, with his 12-week-old border collie puppy that he and his family are training to be a diabetes service dog.

Rodeo Association District 7. His brother,
Calvin, competes at the high school level.
When he first competed after his diagnosis,
Ryan said, "It felt the same to me."
His mom chimed in, "It felt different
to me. I was worried about his blood
sugar."
Ryan is also a longtime 4-H kid who
is raising a heifer that he'll sell at the California
Mid-State Fair.
"I save the money for college," Ryan
said. "And maybe a car or truck when I'm
16."
Lisa will accompany Ryan to Washington,
D.C. and said she looks forward
to meeting other parents who have experienced
the trials and tribulations of having
a child with diabetes.
Lisa and her husband, Mark, get up
each night to test Ryan's blood sugar
while he sleeps, and she has made it her
business to become something of an expert
on diabetes.
Lisa's devotion to her son is evidenced
further with the fact that she traveled to
Texas to attend a school that taught her
how to train a diabetes service dog. The
family now has a border collie puppy,
Chloe who is in the very beginning of will
take about 18 months of instruction.
"Chloe will be able to detect his sugar
highs and lows through scent," Lisa said.
"She'll alert him by jumping in his lap and
licking his face."
Every two years, JDRF International
Chairman Mary Tyler Moore and more
than a hundred children with type 1 diabetes
gather in Washington, D. C. to meet
face-to-face with some of the top decision-
makers in the U.S. government. For
more on JDRF, go to www.jdrf.org.

If you have pictures or other success stories of Junior Competitors at the Mid State Fair or any other Junior event, please send them on to us so that we can congratulate them on this website

Hay cubes are the best source of roughage for your horses

Where to Find Us:

We have Teff Grass and Alfalfa Combination Hay Cubes in stock.

And the good news?

The price is the same as the Oat & Alfalfa and the straight Alfalfa Cubes.

Teff Grass is proving to be an excellent replacement for the more expensive Timothy Hay.

If your horse is having digestive or metabolic problems, Teff Combination Cubes may be a good option for you.

Check out this website and others to find out for yourself. 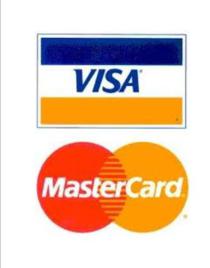 See how a single horse affected the lives of everyone  in our family for 30 years. (click here)

How can I save money on my hay bills? (click here) 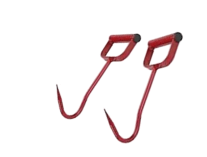 Throw these away.  Those backbreaking, hay in your hair days are over!